Notable Achievements After Implementing Our Programs 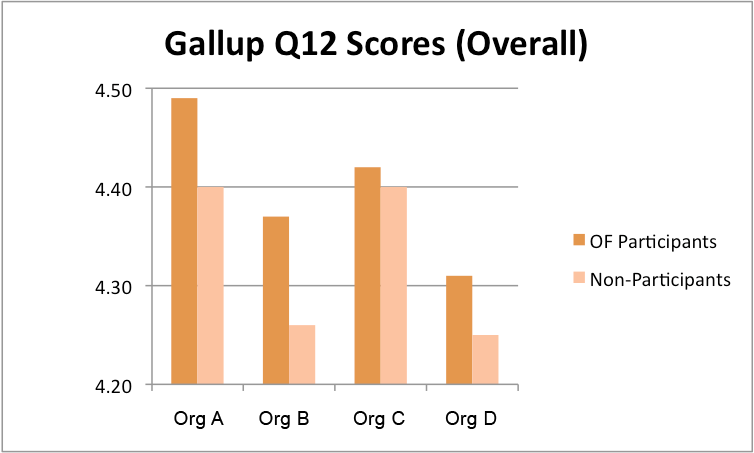 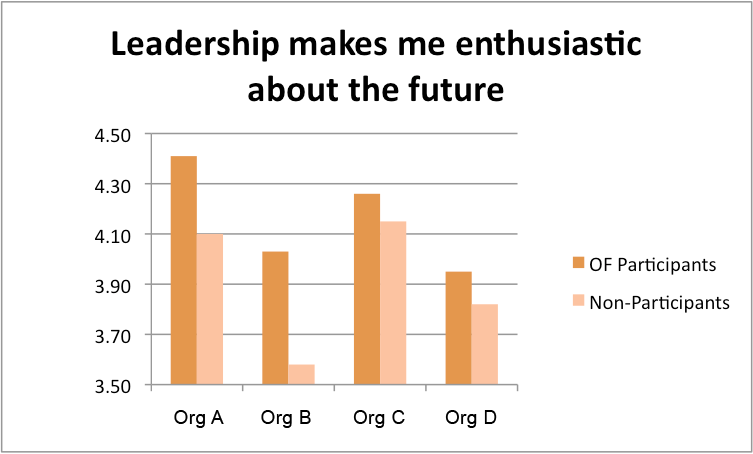 Three years ago, Genesis Health System, which is comprised of five hospitals and a regional health center, was not profitable. This was true for many hospitals, which were experiencing the lowest profitability since the 2008 financial crisis. Consequently, few leaders at Genesis were talking about happiness at work and Jordan Voigt, president of the largest medical center (Genesis Medical Center-Davenport), was facing a conundrum. He wanted to infuse more positivity into the culture at the medical center, but they were about to undergo two rounds of massive cost reductions and layoffs. In addition, they were asking staff to reduce their hours and take time off with or without PTO. Still, he felt it was important to focus on the company’s culture and hypothesized that positivity could help the center at this crucial time.

With leadership buy-in to the program, the Orange Frog Workshop was rolled-out systematically to the staff, administrators and physicians at Genesis Medical Center so we could test the effectiveness compared to groups that had not been exposed to the interventions. Each department designed positive changes tailored to their subculture spanning from gratitude exercises, increased praise and recognition from managers, and team-based conscious acts of kindness. In addition, the department leaders and staff were tasked with examining how to change existing work routines to create more happiness at work, like starting their meetings with three positives or adopting a praise and recognition program. We staggered the teams trained so we could effectively test in real time how different departments fared with the setbacks.

What resulted was remarkable.

For the individuals who had not yet been exposed to the positive intervention, only 23% of the team members reported they were “very expressive of optimism at work.” That jumped to 40% after participating in the positive psychology culture training (measured six weeks after the intervention). Even in the midst of the massive organizational changes, the percentage of respondents who reported that they were happy at work went from 43% to 62%. Individuals feeling burned out “often” dropped from 11% to 6%. Individuals reporting “high stress at work” dropped by 30% after they participated in the workshop on creating positive mindsets on the team. Social connection improved as well. The number of respondents who said “I feel connected at work” went from 68% to 85%. This was after staff reductions where some coworkers and friends were no longer at the organization.

In the parts of the hospital that had not been part of the intervention, only 37% of respondents claimed Genesis was going in the right direction, compared to 63% in the groups who went through the intervention. Imagine if double the number of people on your team felt like the company was going in the right direction, even in the midst of an incredibly challenging time.

All of these changes weren’t just good for the hospital staff; they benefited patients too. Patient experience rates nearly doubled within a 12-month period. Following the intervention, Genesis Medical Center-Davenport achieved profitability again and exceeded their operating budget by 35% during the first part of 2019, going from an operating loss of $2M to a profit of $8M. The medical center was recognized in 2019 by Press Ganey as one of nation’s most improved medical centers for performance and six months into the fiscal year increased total operating revenue by $15 million or 8.7%, while expenses increased only $1.9 million or 1.1%. And in October 2019, it achieved a record in the history of the medical center for gross revenue, $114 million. All of this was happening when so much of the medical industry was financially contracting.

And in June 2020, Genesis Health System was named to the IBM Watson Health 15 Top Health Systems list. The first time ever that an Iowa system has been recognized.
‍Read: “What Leading with Optimism Really Looks Like” Harvard Business Review, June 4, 2020

CEMEX is a global building materials company that provides high quality products and reliable service to customers and communities throughout the Americas, Europe, Africa, the Middle East, and Asia.

Recently, the CEMEX BSO division, then led by German Carmona (Executive Vice President) and Donna Gearhart (Director of Transactional Services), were facing serious problems. “The BSO had the lowest engagement scores in the U.S. with that downward trend continuing,” German and Donna said. “The BSO had been facing many challenges over the past four years that were working against employee engagement. We had organizational changes, sent jobs to Mexico, outsourced many of our positions, had layoffs of long-term employees, and increased workloads on retained staff.  We needed to find a miracle to turn employee engagement around.”

Like many other large corporations, CEMEX managers were focused on the numbers – but the numbers were not looking good. Engagement scores were down, and morale was low. Operating and financial metrics were below targets. Expectations were not being met. The “people problem” was an issue directly affecting business outcomes. Along with the challenges of low engagement, CEMEX was also facing potential problems with high attrition.

To improve its low engagement scores and to address lowering capacity and other negative consequences of attrition, CEMEX needed an “inside-out proposition” to come alive that valued their employees as whole, individual people. CEMEX needed to become a place where people believed what they do and what they think matters, and that they are more than replaceable parts of a large, global, and complex workforce. In short, CEMEX needed to spark an organic, employee-driven change to its culture – the ultimate inside-out proposition.

Naturally, this sharp rise in engagement has led to the best talent seeking out CEMEX BSO. In addition to increased engagement and talent attraction, CEMEX BSO’s positive transformation has been linked to several important bottom-line results. [Click Here to see the CEMEX Field Report]

In joint research conducted with Training magazine and Shawn Achor, over 900 professionals, mostly in the field of organizational development, participated in a project which consisted of a two-week assignment to incorporate a new positive habit into their daily work routine.

We assessed multiple variables about perceived well-being, social support, productivity, stress, creativity, optimism, etc.  The very first thing we discovered was the average score for the entire population rose when they created a habit out of just one of the three activities we suggested. Every single metric showed a positive effect compared to the control group of individuals who did not create a positive habit.  Then we started looking even closer; specifically focusing on optimism, productivity and stress.  We also examined two sub-groups: people who were most diligent in their incorporating the habit and those who were less diligent.

All in all, those who successfully created the positive habit for two weeks during the experiment with Training magazine showed a 20% decrease in stress, had 12% higher energy, and were twice as likely to rate themselves as higher on the happiness measure.

These reflect findings consistent with previous research. We were not surprised to also find there was also a high degree of consensus among survey respondents (pre and post) that “increased happiness in an organization could positively improve business results” -- 83.3% of the more diligent completers and even 76.65% of the less diligent at creating their habits.

This research, as well as a broader survey conducted in partnership with Training magazine including nearly 2,000 Human Resource and Development professionals, led Achor/ITLN to conclude the following:

Overall, the research shows that employees who believe that they will benefit from being happier at work actually experience these benefits when they take actionable steps to be happier. However, many organizations are still struggling to incorporate happiness as a business strategy. [Click here to see the results]